But what happened exatly one year ago? Well, I posted this image in Ubuntu community on Google+: 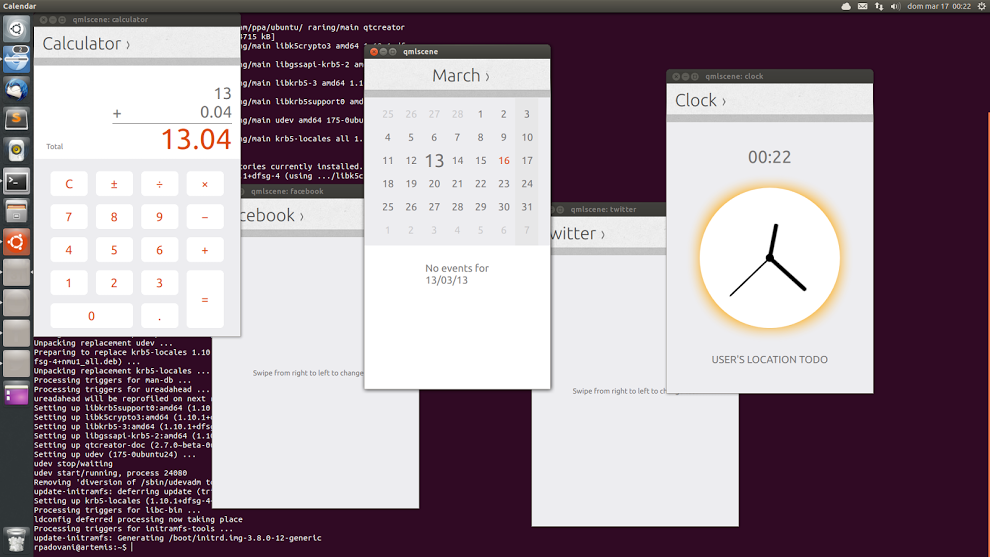 Seems like another era! How much work the community (and Canonical guys) have done! This was the first time I did something for Ubuntu, a screenshot on G+. Since then I started to contribute to Ubuntu for Phones: few days later I did my first patch (nazi grammar patch :-P) and since July I started to contribute on an ongoing basis. It has been an exciting year, I did more than 250 commits for more than 10,000 lines of code; not bad, whereas I had never programmed before and I do it in my free time. I want to continue on this way for long time :-)

But take a look on where we are. This is a screenshot on Ubuntu 14.04, on a smaller screen: 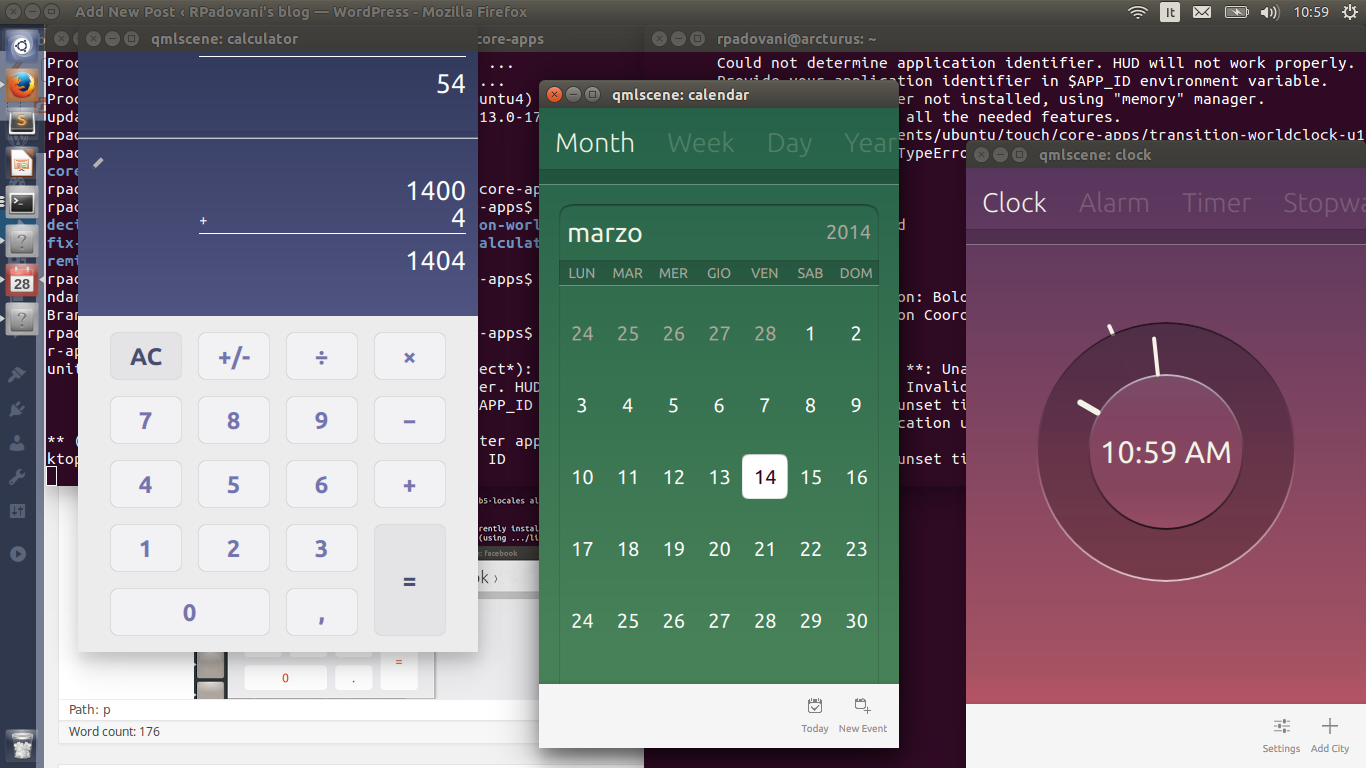 Awesome! In only one year so much improvements!

The convergence strategy is fantastic, we’re building the future :-)

So, why don’t you start to contribute to Ubuntu?