Last week I went to a Canonical Sprint, in Malta. The track was about the Client, and we focus on how make the Ubuntu for Phones even better.

We discussed also about some new features and some new designs we will introduce in next weeks. Stay tuned! During the week I fixed many bugs, and wrote a lot of code.

But I think the Sprint isn’t (only) about codes and features. IMO it’s much more about networking. You know, we work mainly via IRC and mailing lists, and for how wonderful can be an online friendship, it will be never as drink some beers together!

So, first of all thanks to Canonical for the invite, and for the awesome adventure I’m living in this last year.

But mainly thanks to all the guys I met. This week allows me to understand that people I working with are not only cool as developers, but also awesome as people!

We were 6 of community that joined the sprint: other than me, there were Nik, my roommate, who is making clock app rocking; Victor and Andrew, which develop the music app, Kunal, our wizard of calendar, and Adnane, who works on the HTML5 SDK. It’s an honour to code side by side with these guys.

Then, there was the Canonical Community Team: Alan and David are my mentors, my point of contact in Canonical, it was a pleasure to meet them and to have a beer (or 2, maybe 3…) together! Michael is the man who keeps update developer.ubuntu.com (and he does a lot of other things) and when I report a bug I know that in five minutes will be fixed. Nicholas is a cool guy, but he wants I use autopilot. No one is perfect. There was also Daniel. I worked with him only for few patches in december, so I had no possibility before this week to speak with him. And know what? He’s so funny! Last but not least, Jono: we had some time to talk, and I’m very happy about this: thanks for all your work in Canonical, and good luck for your future!

But all other Canonical employees were very gentle, and I met some guys which I want to see soon, and now I know who ping on IRC to have a bug in the SDK fixed ;-) Also, other guys I used to know only on IRC (boiko, elopio, mardy, zsombi and others) now have a face! And new guys, from Design and QA and online account teams!!!

Was a wonderful week, and I have no words to say how much I’m happy, and to say thanks to all!

So, thanks for all guys, hope to see you all soon, and continue to make Ubuntu rocking! 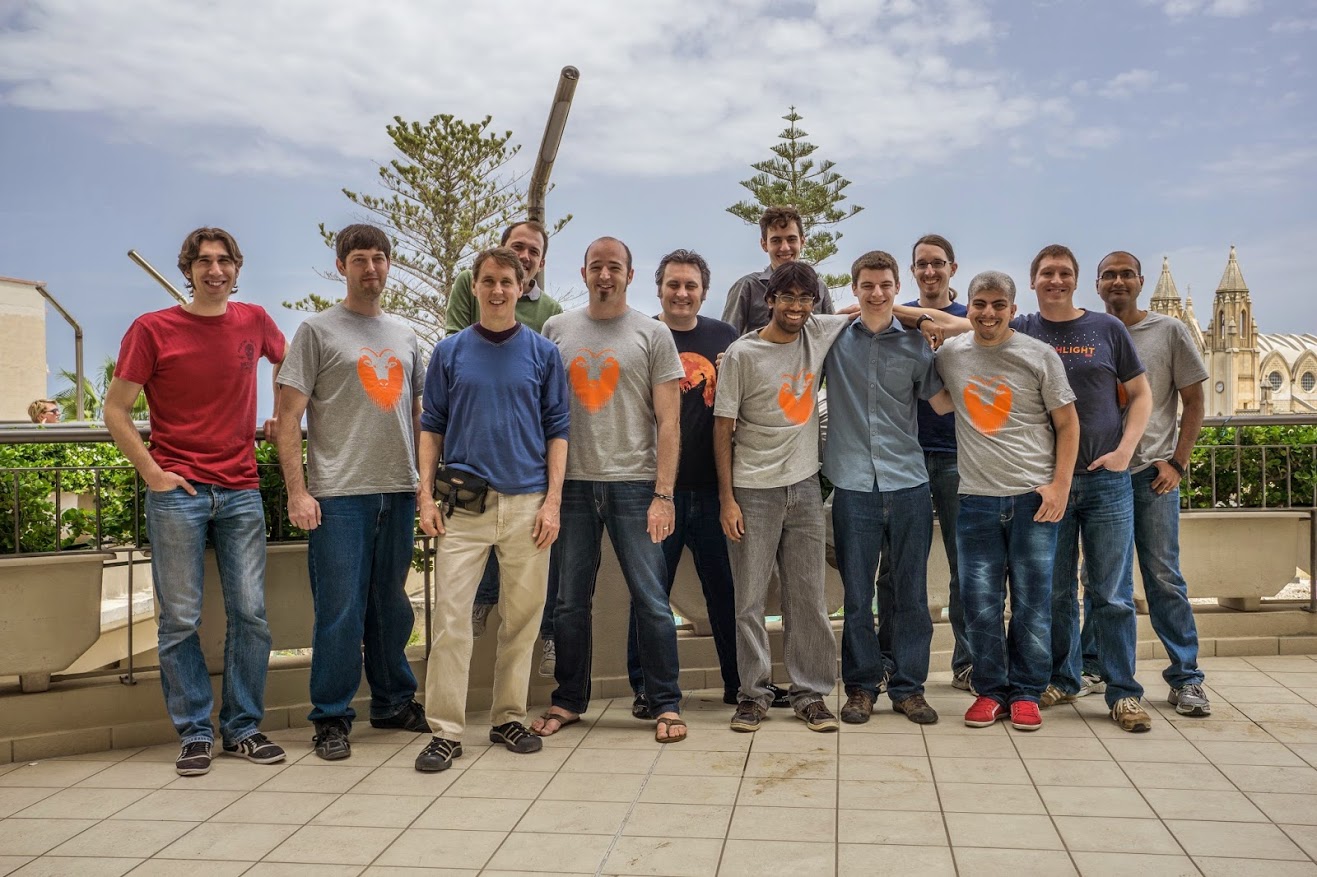