Now with the OTA-5 the phone is working as it should have from the very beginning. It’s a real shame that Meizu started selling them before this update, because a lot of reviews currently online are bad due to problems fixed in this update. It’s like a whole new phone!

One of the things that I most appreciated in the BQ Aquaris E4.5 was the battery life which the MX4 was not on par with, until two day ago that is.

After the update I did a full recharge and I didn’t have to charge again for 36 hours. Maybe for some of you that is not a lot but for me it’s much longer than I was used to from Android. I always had 4G turned, watched at least 30 mins of videos on YouTube, received and replied to more than 500 messages, received and replied to emails, surfed the web, a couple of calls and more.

Battery life could be a killer feature of Ubuntu, and there is still a lot to improve.

With this update the phone doesn’t lag and doesn’t get too hot. There’s also an increase of icons per row (following a change with the grid units) which is much better!

Oh yea and the the LED for notifications work! Yes! 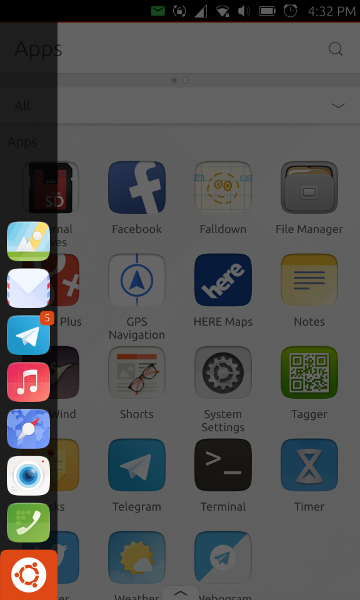 The speed improvement is terrific. With every update a lot of things change and you can spend hours finding all of them. If you’re passionate about technology you definitely have to buy an Ubuntu Phone (the MX4 or the Aquaris depending on your price range).

Some of the most interesting I found are:

Now I’ve very happy with the phone and I still miss nothing from Android. Yes of it isn’t for everyone (yet) but the number of improvements it has every month is astonishing and I think it will become available to the masses very soon.

But it is still missing from apps which can be filled in when some big companies come and join on this trip!

Thanks to Aaron Honeycutt for helping me writing this article.

If you like my work and want to support me, just send me a Thank you! by email or offer me a beer:-)